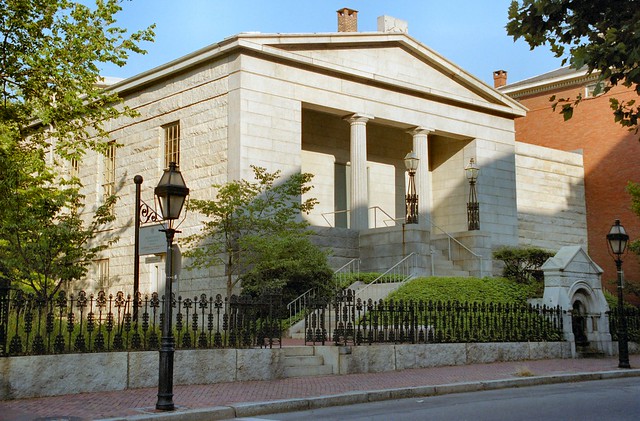 Providence Athenaeum is a unique library and cultural center that welcomes and enriches the educational and cultural pursuits of its members and the community and encourages a diverse public to engage in spirited conversation. Providence Athenaeum offers a wide range of experiences by providing and conserving extraordinary collections, offering innovative and compelling programs, promoting and collaborating with the community’s vibrant cultural sector, and highlighting and preserving its historic building.

Historian Thom Bassett on “The Flawed Emancipator: Lincoln, Race, and Narratives of Freedom.”

In 1922 W.E.B. Du Bois wrote that Abraham Lincoln was to be admired “not because he was perfect but because he was not and yet he triumphed. . . . Out of his contradictions and inconsistencies he fought his way to the pinnacles of the earth and his fight was within as well without.” Many recent depictions of Lincoln’s legacy, such as the 2012 film by Steven Spielberg, have understandably lauded Lincoln’s triumphs.

Join historian Thom Bassett as he explores some of Lincoln’s contradictions, inconsistencies, and even failures regarding race during the Civil War and in his truncated plans for reconstruction. Looking at where Lincoln fell short in his efforts to address the legacies of slavery and racial discrimination leads, perhaps paradoxically, to a fuller appreciation of his humanity and capacity for political and moral leadership. It also creates an opportunity for us to consider the extent to which Lincoln’s vision for a post-slavery America, which is in some respects deeply problematic, shapes contemporary society. Read Bassett’s posts on “Disunion,” the New York Times’s blog on the Civil War: opinionator.blogs.nytimes.com.

This event is free and open to the public.

One thought on “Providence Athenaeum”